SIGNS YOU HAVE A STRUCTURAL DEFECT IN YOUR BUILDING

So you have a water leak that is a pain when it rains, or maybe you have rust stains on the façade of your building that look ugly, or maybe it
is brickwork or render that is bulging, fretting or cracking. What you may consider to be a minor inconvenience could actually be a warning sign that you have a larger structural issue in your structure.

Rectifying the issue early has been proven to save money as the issue is not as widespread as it will develop to be. This is because once a structure has a leak, or concrete cancer, more water will reach the affected (and other) area causing more rusting, displacement of concrete and cracking.

Some of the tell-tale signs you have structural issues include:

Whether it is due to the age of your building, exposure to the elements or poor workmanship and materials during construction, there are a number of factors which could be the cause of your structural problems. Many of the common issues which lead to large problems include:

WHY YOU SHOULD TACKLE STRUCTURAL ISSUES EARLY

Whether the issue is caused by water leak, age or construction flaw, the base fact is, what was or is a small problem may develop into a larger underlying issue which affects the structural integrity of your building. The earlier you take steps to the correct the latent issue – not just treat the obvious signs – the less advanced the issue becomes.

Many people often think that patching the issue will solve it, but once rust has started to affect steel, it will continue to expand, leading to further fracturing and ongoing issues. The issue will also continue to affect new areas, whether it is more areas starting to rust, or worsening leaks. Ideally, as soon as you notice an area with an issue as described above, you should call us in to investigate the issue and advise how wide-spread or otherwise it really is. Doing so could save you tens of thousands of dollars into the future and rectification works which are finished much faster. 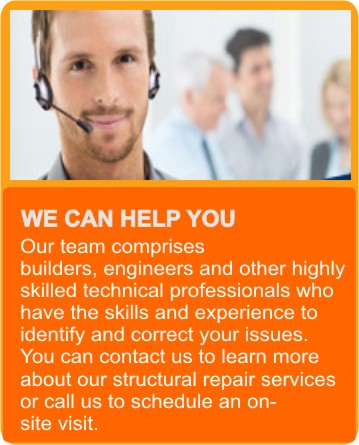